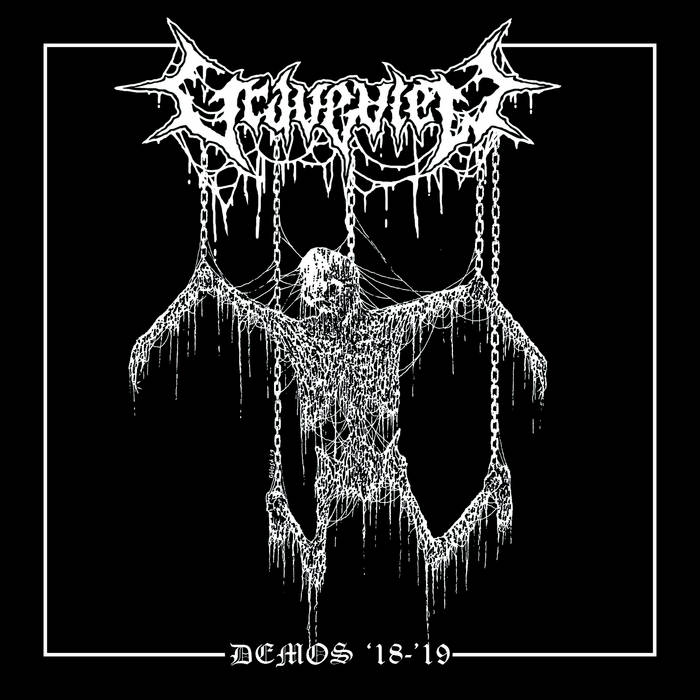 Diabolus in Muzaka This is an exciting new band worth watching. It sounds like these guys tried for ages to find a band who played the type of death metal they really wanted to hear, and upon coming up dry they made it themselves. Graveview has "it" in spades. Favorite track: Descent Into Filth.

Oskar Columb This is one of the best demo tapes I’ve ever heard, to put it simply these guys on a bill with Tomb Mold would be un fucking touchable Favorite track: Amalgamation of Insanity.

argylesock5 Graveview are not reinventing the wheel, but they are taking the necessary components of slam, death metal, and a helping of atmospherics in the name of making a superior product. The first half utilizes atmospherics most effectively with the piercing intro to "Selective Mortality", but moves to a more intense, brutal death metal formula near the middle. However, the last track is a true union of the two, and for that, it is perfect. Undoubtedly looking to new Graveview with optimism. Favorite track: Amalgamation of Insanity.

"Graveview has massive potential. In their field of Hardcore-influenced Slamming Swedish Death Metal, they are pioneers, especially since I never thought that genre would exist not have I ever heard a band play this style before. These demos show a very creative and ambitious sliver of music that will manifest into a very interesting career."
- Metal Temple
www.metal-temple.com/site/catalogues/entry/reviews/cd_3/g_2/graveview-demos.htm

"The first thing that struck me about Graveview after listening to only the first track on the recently released compilation of their two demos is how goddamn massive they sound — like being right up next to some giant excavation machine gouging out the guts of a stone quarry, operated by madmen who are ignoring all occupational safety and health regulations."
- NO CLEAN SINGING
www.nocleansinging.com/2019/08/30/death-rituals-part-1-graveview-reek-vitriol/

""A cavernous and mournful sound that creates a sinister environment and one that blends into one of your most aggressive songs that gives you a song of personality and violence, with a record of the most surrounding Brutal Death."
- QueensOf Steel
www.queensofsteel.com/2019/08/graveview-demos-18-19/

" Graveview create an absolutely massive wall of barbarous riffing that drips and permeates with a mixture of doom death and crushing brutality. I love the wonderfully ruthless, savage growling of vocalist Hunter Young, who mimics and adds to the dark and suffocating atmosphere with his slightly cryptic sounding, sometimes rapid, sometimes just mean growls, but when he really draws out growl it adds this extra level of depth and a foreboding aura that I simply love. This is something fans of early classic Swedish death metal, mixed with some doom and grimy American sensibilities of Mental Funeral-era greatness will fucking love these guys! I can not wait to hear more from them, hopefully soon.
- Canadian Assault
www.canadianassault.com/albumreviewsnewEtoN.html#graveview

Emerging from an oozing swamp in the dense festering marshes of the Everglades, this Florida Quintet have been in waiting like a crocodile stalking it's prey. You see, they are the newest addition to Florida Death Metal's rich history, and they are about to grip Death Metal fans in their massive jaws and perform their own "Death Roll" until listeners are left floating lifeless in the murky waters. While influenced by their forefathers Morbid Angel, as well as other Death Metal luminaries such as Suffocation, Grave, and underground legends Gutted, GRAVEVIEW are here to stake claim as the new Kings of Florida Death Metal!
In order to spread this filth as wide as we can, we have partnered once again with our European brothers, Raw Skull Recordz, to bring the world a compilation of the band's demos from 2018 - 2019 which includes 2 never before heard tracks!

Bandcamp Daily  your guide to the world of Bandcamp

Cannibal Corpse's George "Corpsegrinder" Fisher stops by for an interview